Why Did She Act Interested During Our First Few Dates and Then Ghost Me?

“Why did she act interested during our first few dates and then ghost me?”

Getting ghosted is arguably one of the most confusing and painful things permeating modern dating culture. It’s also extremely common.

Ghosting occurs when someone you are dating seemingly vanishes out of thin air. Things seem to be going well and suddenly they stop returning your calls and texts. They offer no explanation for their sudden exit.

When this happens, you are left hurt and perplexed. And when you’re wondering “why did she act interested?” it hurts even more.

Getting the Rug Pulled Out From Under You

Is there anything more exciting than starting to fall for someone new? The conversation flows easily. The physical chemistry is off the charts. And you just seem to get each other.

Your first few dates are some of the best dates in recent memory. As you trot giddily along cloud nine, you send her a text about meeting up.

A day goes by and you send a followup text.

A week goes by…

Yup. You have officially been ghosted.

But why did she act interested? How could she drop you with absolutely no explanation?

In this article, I offer several different reasons that women (and, honestly, people in general) ghost.

But First, Remember This

Before I get into the various reasons people ghost other people, I want you to keep something very important in mind.

There’s nothing wrong with you.

Ghosting can have serious effects on self-esteem. When someone drops out of your life without warning, you may feel like they are basically telling you that you aren’t worthy of an explanation. You may also ruminate over what you could have done differently to preserve the relationship. Being left in the dust can make you wonder if you did something wrong.

The truth is, if things were going well (or even if they weren’t), you deserved an explanation. A lot of people ghost as a way to avoid conflict or a challenging conversation. Making a clean break seems like an easy way out.

But doing this is cowardly and disrespectful. It shows that this person probably has some work to do in the empathy department.

You didn’t do anything wrong. And even if you didn’t behave perfectly (who does??), the fact that you are asking the question “why did she act interested?” tells me that there was likely something going on in this woman’s life that had nothing to do with you.

This leads me to several possible answers to your question…..

“Why Did She Act Interested During Our First Few Dates and Then Ghost Me?”

Reason #1: She is Emotionally Unavailable 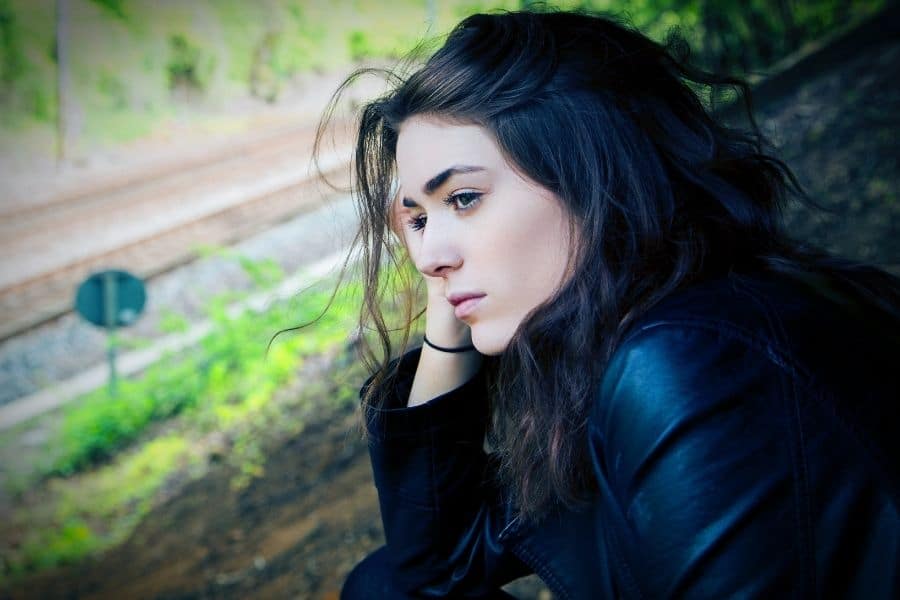 No one puts all of their cards on the table during the very early stages of dating. Remember that this is a person you don’t know very well. You don’t know her background, her insecurities or her hangups. And it’s easy to miss red flags when you’re infatuated with someone.

If a woman is emotionally unavailable, she’s not going to be able to make a commitment to you.

Because she probably was. Unfortunately, this interest may have freaked her out to the point that she went into fight-or-flight mode over it.

Some signs of an emotionally unavailable woman include:

Regardless of the reason, you’re better off. If a woman is emotionally unavailable, she needs to stay single until she works through that.

Reason #2: She’s Secretly Married or Has a Boyfriend 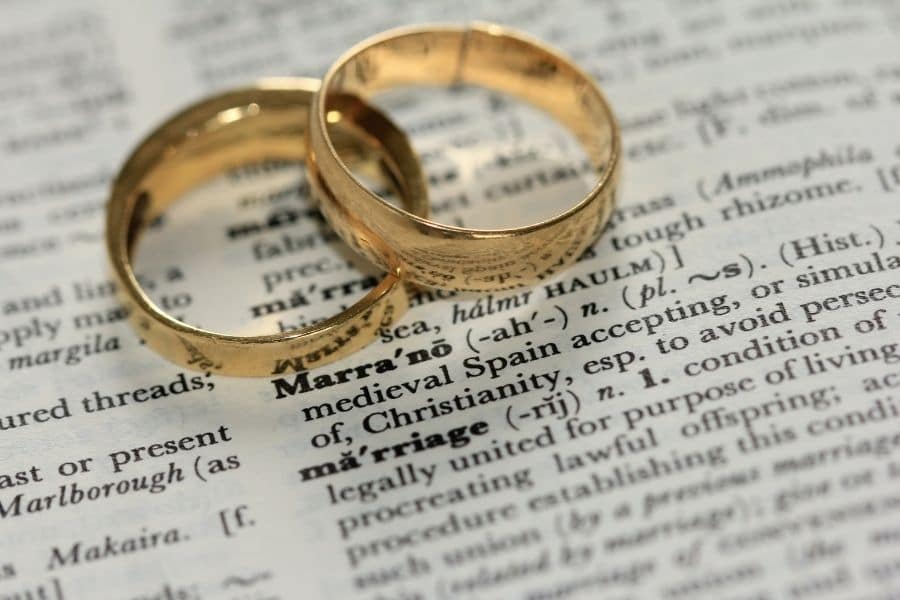 It’s easy to conceal things in the early stages of marriage — like a wedding ring or long-term relationship.

Infidelity happens, unfortunately, and it happens pretty often according to statistics. In 2017, it was reported that cheating occurs in over 1/3 of marriages. Although men are statistically more likely to cheat, women make up a good chunk of the percentage when it comes to spouses who choose to step out on their partners.

Reason #3: She’s Recently Divorced or Had a Bad Breakup

If the woman you went out with is recently divorced or just got out of a serious relationship, she may be on the rebound.

Furthermore, she may not realize she’s on the rebound. After going through a heartbreak, you want to escape the pain.

Developing feelings for someone after a heartache can be very excited. Yet if she isn’t over her ex yet, this places her in the emotionally unavailable category. Once again, she may have fled when things started to get real.

Reason #4: She Got Back Together With Her Ex

You went on a few dates with her. But she has a long history with her ex. If the ex came calling, it could be a reason that she ghosted you.

There are several reasons a woman chooses to go back to her ex, including:

It just happens sometimes and it’s better that it happened sooner rather than later. 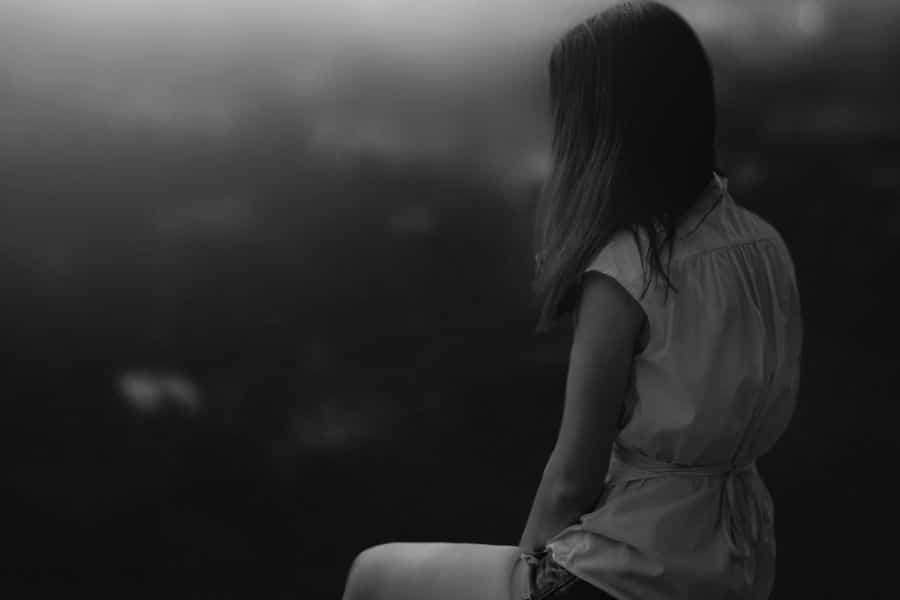 This one is less likely but possible.

There is a chance this woman either suffers from a narcissistic personality disorder or is a sociopath.

Signs of a narcissist include:

Signs of sociopathy include:

Because narcissists and sociopaths are master manipulators, it can be difficult to see the signs at first. But if any of these symptoms made a lightbulb go off in your brain, you may have been seeing someone with one or both of these personality disorders.

In that case, be happy you escaped unscathed.

Reason #6: She Just Wasn’t That Into You 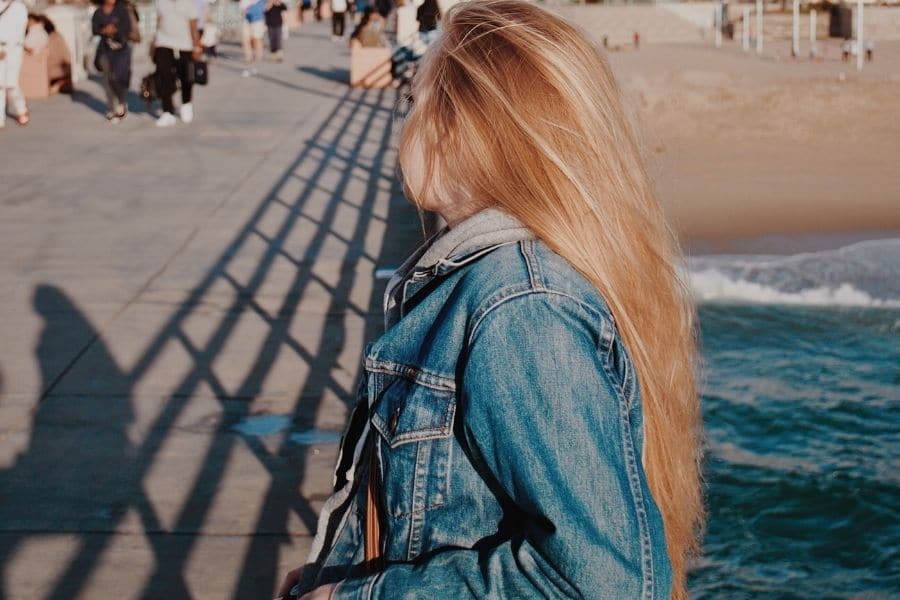 It’s happened to me and virtually every person on the planet.

Sometimes, even though you want it to work out, the person you’re seeing is just not that into you.

She may have acted interested because she’s really good at it — acting.

Again, this isn’t something you should beat yourself up over. It happens to everyone.

(Psst…later in this article, I offer a strategy that will help you find someone that truly is into you. Stay tuned!)

There are a few times that ghosting is understandable. This is one of them.

Let’s say the girl you went on a few dates with previously broke things off with a guy the right way.

And let’s say that didn’t go well…at all.

She may have ghosted you because she was afraid of going through that experience again. Furthermore, if she has dealt with dating violence or emotional abuse in the past, her ghosting could be a result of that trauma.

Things to Be Wary Of

Now you know a few possible answers to the question “why did she act interested during our first few dates and then ghosted me?” It’s time to move forward.

It’s important to keep in mind that you should not get back together with this woman if she suddenly shows up. As far as red flags go, ghosting is one of the biggest red flags that exist.

However, there is a chance that this “ghost” may reappear. Another dating trend that has reared its ugly head in today’s dating culture is orbiting.

Orbiting takes ghosting a step further. With orbiting, a person will ghost you but remain a presence in your digital life by stalking you on social media.

This is strange, a giant red flag and you should block her immediately.

Don’t hold out hope that this woman is going to come to her senses and resume a relationship with you.

And even if she wanted to, you deserve better than that.

Remember that, ultimately, ghosting someone is disrespecting someone. The best relationships are built on a foundation of communication, trust, and honesty. When someone up and drops you, how are you supposed to trust them?

A Better Way to Date

During my 100-date experiment, I used MegaDating as my main dating strategy. It helped me understand myself better, successfully navigate my way through the dating world and ultimately led me to a satisfying, long-term relationship.

So what is MegaDating? MegaDating is a dating strategy that involves going out on dates with several women at the same time in order to diffuse energy and keep your social calendar full.

When you MegaDate, it’s easier to handle rejection and instances of ghosting because you’ll be hanging out with other interesting people. You won’t spend time over wondering “why did she act interested?” because you’ll be able to roll with the punches.

MegaDating also helps you get really good at your dating approach because, after all, practice makes perfect.

If you’re tired of hitting roadblocks in the dating world, head over to my calendar and book a new client 1-on-1 Zoom session with me or one of my colleagues today!

During our session, we’ll discuss your dating goals, create an individualized plan, and see if my 3 month coaching or matching services could be right for you!

The post Why Did She Act Interested During Our First Few Dates and Then Ghost Me? appeared first on emlovz.